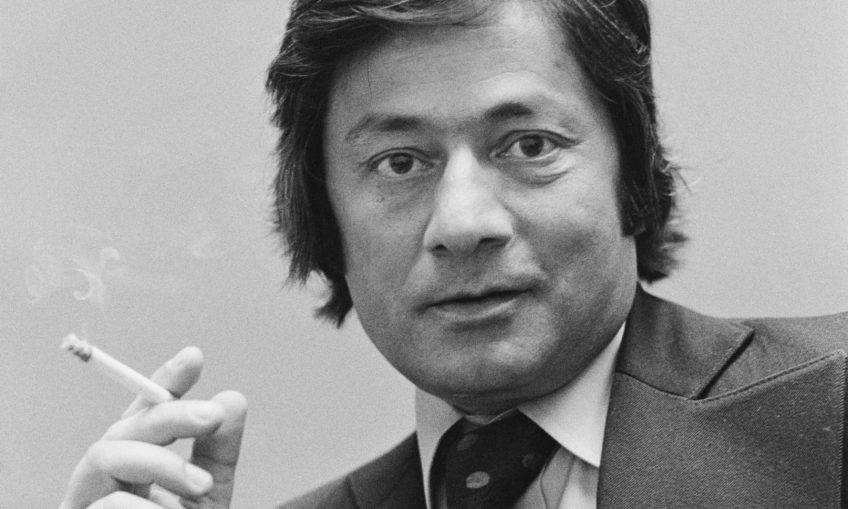 Saeed Jaffrey passed away on Nov 15, 2015. What a talent ! He was one of the most versatile actor who made a strong contribution to British and Indian film, television, theatre and radio.

He was a rockstar – Check the following facts:

1. He was the first Asian actor to receive the prestigious OBE (Order Of The British Empire) for his contribution to drama.
2. He was the first Indian actor to perform Shakespeare’s plays in the US?
3. He was the first Asian actor to appear in West End in UK and Broadway In US?
4. He has worked with legendary actor likes Sean Connery, Michael Caine, Pierce Brosnan
5. He played all 86 characters of Vikram Seth’s ‘A Suitable Boy’ on radio. 86 characters!
6. He has acted in more than 100 Bollywood films. The popular ones include Chashme Buddoor, Ram Lakhan, Dil, Ram Teri Ganga Maili
7. He has work across all the mediums: radio, stage, television, movies, children’s audio books and animation films
8. He acted in British TV Series like The Jewel In The Crown, Tandoor Nights, Coronation Street and became a household name.
9. His narration of the Kama Sutra titled The Art of Love (1996) was listed by Time magazine as “one of the five best spoken word records ever made”.

Saeed was passionate and deeply committed to his art. Even for a small 15 minute role of a Paan Wallah in Chashme Buddoor, he researched for it. He spent days to get the right name for the character, the mannerisms etc. And he even exchanged his clothes for an authentic but dirty purple lungi to get the real feel of the character.

He is credited for introducing Merchant and Ivory to each other, which led to the legendary Merchant-Ivory partnership.

Let us celebrate his glorious career and contribution through a glimpse of famous classic and popular Bollywood movies..Thanks To Sushri Margie Parikh For Her Ideas and Inputs!

The Man Who Would Be King