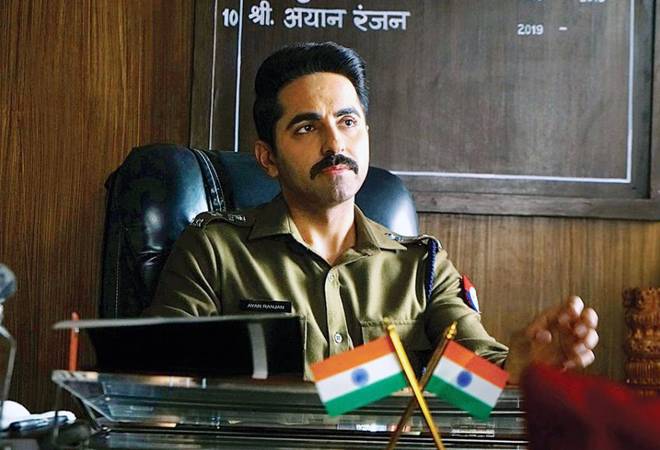 Quick Summary:
1. Bollywood had a blockbuster year in box office collections – Nirmalaji is happy! And so am I
2. Bollywood’s super hit year was driven by diverse stars and mainstreaming of new content. No Deepika or Aamirs.
3. 100 Crores is a cake walk. 300 crores is the new benchmark!
4. Article 15, Gully Boy, Sonichidiya, Photograph, Judgemental Hai Kya, Good Newwz, Saandh Ki Aankh – All great fares!
5. Kabir Singh – Most controversial yet a good movie with the best musical score of 2019! Most debates of 2019 on this!
6. Kalank was a Kalank. Panipat lost the battle. Dabangg 3 and Housefull 4 made me cry as how creativity has evaporated!
7. Ayushmann Template is becoming repetitive. Time for Karan Johar / Anurag Kashyap / Imtiaz Ali makeover for him.
8. Tapsee and Bhumi proved their versatility and mettle with 4 movies
9. Streaming platform have won India! Soni was the best fare on streaming services. Made In Heaven, Delhi Crime, Leila, Family Man, Sacred Games 2 and Selection Day 2 continued the good run of content streaming platforms.
10. International Favourites: Joker, Modern Love and Chernobyl. WATCH IT!

Full Bollywood 2019 Report with detailed analysis on my blog: www.ashokkarania.com. Bollywood reviews of the past decade as well!

2019 proved to be a super hit year for Bollywood with domestic box office collections touching INR 4500 crores – a 30% jump over the previous year. Seen against the backdrop of rise of streaming services and overall economic gloom, Bollywood shone as a business. It was indeed time to sing – Gold Gold Gold as in Saandh ki Aankh song.

The following are the commendable movies of 2019:

1. Article 15:
The best movie of 2019 – No questions about it. Ayushmann on a mission. A brave and courageous piece of cinema. A movie that had its heart, mind and soul – all in the right place. Anubhav Sinha has found his unique after Taapsee’s bold Mulk. Article 15’s beauty was in being sincere and earnest – nothing over the top or preachy. As India’s constitution is in limelight, this movie upheld the values of the world’s best constitution. And the most beautiful parts were the tiny ones – Nehru’s book as Ayushmaan drove to his new posting. The discussions about Lotus and Hand (political parties). The different shades of Brahmins. A must watch movie – should be part of mandatory Bollywood showcases. Take a bow Ayushmann and Anubhav Sinha.

2. Gully Boy
An inspiring movie that showcases the rise of a street kid to glory. Ranveer shines as Muraad fights for his dreams. The super-layered movie has given voice to the Bombay’s less heard voices. One of best performances of Ranveer in a vulnerable, restrained, gentle and powerful drama. Watch the scene when Ranveer is the cab driver and the high society lady is crying in the back seat – the moment when they are together and feel the grief, but the big wall of society divides them. Watch fiery Alia talk about gulu gulu and yet forgive Ranbir. Siddhant was the biggest discovery and did a marvellous act! And who can forget the songs – Apna Time Aayega! Apna Time Aayega is the anthem of the nation. Hope of the youth!

Can Gully Boy get the Oscar? I doubt as Parasites and other contenders are stronger!

3. Kabir Singh
Love it! Hate it! But you cannot ignore it – Kabir Singh is a phenomenon!

Shahid’s biggest hit that has crossed 3 Idiots and other biggies in Top 15 Grossers of all time! One of the best soundtracks – loved the songs to core! It is a passionate love story of a short-tempered doctor Kabir Singh with a meek young Preeti. He goes into self-destruction mode when things go wrong. Critics were divided but audience loved the movie!

The Arjun Reddy remake is panned for glamourizing misogyny and toxic masculinity. As a feminist, I would agree but the movie is a story of a flawed character. And if we are so serious about the topic, almost all Bollywood movies objectify women, items songs rule and crass humour is the norm – let us make a start across the board rather than target this movie alone.

4. Judgementall Hai Kya
A suspense drama that brings the topic of mental health to the fore. A courageous movie with superlative performances from Rajkumar Rao and Kangana Rao. Director and actor bring out the challenge and anxieties of a psychotic mind in a sensitive way.

5. Good Newwz
Karan Johar goes back to Dostana template to bring a complex topic to living room. Bebo and Akshay Kumar rock with excellent support from Diljit and Kiara Advani in the fertility mix-up drama. Complete comic package which sticks to its purpose!

6. Chichore
Failure, Parenting, Friendship, Marriage – All important topics presented in a college entertainer! A nice movie which shone in its own silent way!

7. Saandh Ki Aankh
A movie that touches the heart in its own way while challenging the Indian patriarchy! Tapsee and Bhumi rock in a strongly scripted drama! A true Indian story is presented in an entertaining fashion with its lovely moments. Great direction and ensemble cast drive an important message without being preachy.

8. Mission Mangal
Home Science Principles propel Rocket Science! The story of women of ISRO who were behind the success of India’s Mars Mission. Vidya Balan’s earnest performance with nationalist Akshay Kumar connected with the audience. Ensemble cast of Sharman Joshi, Tapsee Pannu and others elevated the movie.

10. Photograph
An unusual bond develops between Nawazuddin and Sanya Malhotra in the Ritesh Batra’s sweet and sensitive movie. The movie is

I am sure Good Newwz will break into the above list as it has been released in the last week of 2019.

The bigger entertainment of 2019 was in streaming…Streaming became part of daily lives in India in 2019. Soni was the best fare on streaming services. Made In Heaven, Delhi Crime, Leila, Family Man, Sacred Games 2 and Selection Day 2 continued the good run of content streaming platforms. Little Things was cute!

Chernobyl and Modern Love are the milestones – Must watch shows! Chernobyl was the top-rated and brilliant creation of the world’s most unfortunate incident. It was better and bigger than GoT and Narcos! Modern Love was another top-notch show! As I had wrote:
Absolutely refreshing! Love is not a single emotion! Love is an ocean of emotions! And the series captures many of those emotions!
Deep, beautiful, soul-nurturing, magnificent, touching!

Joker is the cinematic milestone – A must watch movie!

The year belonged to Tapsee and Bhumi. Tapsee had a purple patch Badla, Game Over, Saandh Ki Aankh and Mission Mangal – an eclectic collection that showcased her Midas touch! Bhumi Pednekar was not far behind with Sonchiriya, Saand Ki Aankh, Bala and Pati Patni Aur Woh.