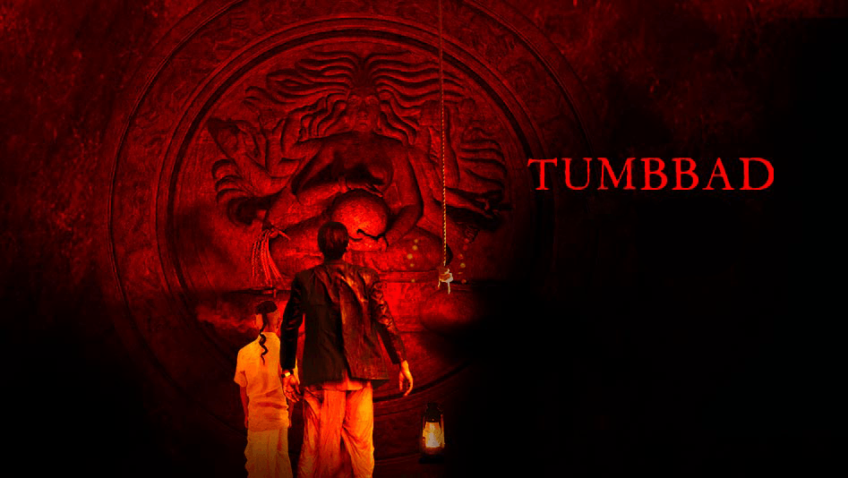 Bollywood’s paradigm shift towards content-driven cinema and death of template movies cemented itself strongly after the strong winds of last few years. If you have reading my annual Bollywood reviews and other blogs, I have abhorred the template movie making where you leverage star access, big production house camps, promote mediocre cinema with heavy marketing and sell artistic cinema to commercial interests.

The Khurranas, Kaushals, Raos, Pannus have dismantled Khans…Content driven cinema of real India has charmed the audience over foreign locales and over-the-top cinema.

Let us start with a quick round-up of my favourite movies of 2018. Treat this as a watch-list for the Holiday Season!

What a movie! Sriram Raghavan’s never-wracking and awesome thriller which keeps you on the edge of the seat. Brilliantly written, perfectly directed and wonderfully enacted, this is one of the best Indian thrillers.

Ayushmann Khurrana owns the film and enriches it with his complete subversive act. Tabu is a master-class and shows the eternal talent she is. Each and every character shine and keeps us hooked till the last second – including talented and under-felicitated Ashwini Kalsekar, cannot not see her in 2018 Radhika Apte and welcome back charming Anil Dhawan.

The scene where Ayushmann is playing a melody on piano and suddenly a dead body is seen in the room – it hits you out of nowhere. Or the cat scene. The movie is full of interesting shock and awe treatments with soft gloves.

Filled with Hitchcock motifs, effective music and open to multiple interpretations like Bhagvad Gita and Matrix, AndhaDhun is the best Bollywood movie of 2018.

Everything is not spoken in love and relationships. The feeling and spiritual connect is more important than the words and symbols. October is about love in its purest form. And it about us, our battles and our connect with the internal and external world.

Juhi Chaturvedi’s beautiful writing is amplified with empathy and care by Shoojit Sircar, after their earlier collaboration on Vicky Donor and Piku. One of the finest performances of Varun Dhawan and ably supported by Banita Sandhu. Watch out for the scene where Dan and Shiuli acknowledge the relationship – moving! Shiuli – what a name and aptly given!

Poetry on screen. Visually arresting. Touching story of love, loss and longing. Slow down India – this is the movie for the soul. Movie of the unconditional love and beauty of silence in a loud loud India.

Badhaai Ho is the complete wholesome entertainer of the year! Ayushmann Khurrana shines in yet another celebration of small-town India’s coping with progressive views.

Amit Sharma challenges the age-old prejudices, shame and taboo of sex, desire, choice and individuality of senior citizens. The screenplay, editing and award-winning performances of the entire cast of Ayushmann Khurrana, Neena Gupta, Gajraj Rao and Surekha Sikri will give you a movie to relish and think. Humour is the best way to drive a message and Badhaai Ho does it in a perfect way!

An Indian movie to be proud of! A visually gorgeous treat. Deep and intriguing metaphors.

Set in a small village of Maharashtra, Tumbbad is a psychological horror at its best. Fear is scary but greed of humans is scarier, and it turns men into monsters.

Solid writing, world-class CGI, Hollywood style production values, background music and awesome cinematography make Tumbbad a very distinctive movie. The Ship of Theseus man Sohum Shah delivers a performance that is par excellence. The transformation of his character from childhood to young man to father to his death is depicted beautifully. A original, courageous and haunting Indian movie! A different experience!

Rajkumar Rao charms us in an earthy horror comedy set in a small village Chanderi. The movie drives the message successfully through the travails of charming tailor Rajkumar. Terror strikes the village during four days of annual puja. Men are locked into homes in the evening. The eerie and comic situation arising out of a female ghost is nicely narrated by director Amar Kaushik. Pankaj Tripathi excels, and Shraddha Kapoor lends a strong support.

Apart from the above movies, the following movies deserve a strong mention:

Meghna Gulzar directs super talented Alia Bhatt for a spy thriller. The Alia super show presents transformation of a Kashmiri girl into a trained spy with her vulnerabilities intact. Vicky Kaushal shines in the movie and cements his position as the emerging star of Bollywood.

The movie has been a safe play for Meghna Gulzar. The music is beautiful. The best part of the movie was equal and respectful treatment of both countries – unlike Pak-bashing Gadar type movies.

2. Manto
The moving story of the enduring and timeless Saadat Hasan Manto – honest, controversial and thought-provoking writer of the Indian subcontinent. Nawaz shines once again in a brilliantly directed Nandita Das movie.

4. 102 Not Out
The successful Gujarati play was brought to the big screen with Amitabha and Rishi Kapoor leading the cast. The strong script was brought to life by the stalwarts and drove the message of living life to the fullest.

5. Veere Di Wedding
This is an important movie that strengthened the feminine power and broke more established views than any other movie. Full credit to the Shashanka, Rhea and the beautiful cast of Sonam, Kareena, Swara Bhaskar and Shikha.

6. Kedarnath
The Babri Masjid demolition anniversary saw the release of Hindu-Muslim love story set against the backdrop of Uttarakhand floods. Sara Ali is a product of Hindu-Muslim love story and Sushant is a heart-melter – the magic shines in bit and pieces in the beautiful backdrop of Kedarnath and today’s India. Could have been much better like Abhishek’s earlier Kai Po Che!

Sonu Ki Titu Ki Sweety was the sleeper hit of the year. The most average movie with a hit song and nice narrative hit the chord with the audience and went to make 150 crores. Pari and Mulk were nice ventures with Mulk shining with strong performance of Taapsee Pannu and Rishi Kapoor.

Hichcki, Helicopter Eela, Baaghi 2 were ventures with defined objectives. Canadian citizen Akshaya Kumar continued to charm Indians with Bharat ‘Manoj’ Kumar positioning in Padman and Gold. Padman has its heart in the right place and should help more conversations on the important topic for the emerging India.

Padmaavat and 2.0 (Hindi) were huge movies with the former courting controversies and controversies. Ranveer Singh emerged taller from the movie and Sanjay Leela Bhansali laughed all the way to the bank.

The Rise of Online Streaming in India
One must not forget the emergence of video streaming in India with HBO Go, Netflix, Amazon Prime, Hotstar, Eros Now and Zee leading the pack. Netflix and Amazon Prime are in the hot race with significant spends. Netflix relies on its global model and both are investing in local content. It will help both the new talent and tired talent. Mirzapur and Sacred Games were gripping tales matched by powerful acting, strong direction and marketing-distribution of Amazon and Netflix respectively. Pankaj Tripathi ruled Mirzapur and gave one of the most memorable performances. Nawaz’s Sacred Games was yet another gangsta outing for him, where he ruled the show effortless – but no new breaking ground for him. Manto was more powerful and let’s wait for Thackeray movie.

The Fall of Mighty Names
The one you love the most can be the source of your biggest anger. Rajkumar Hirani’s Sanju deserves the top award for the most misdirected wasteful channelling of energies and resources of 2018. Raju Sir – How much we love you and own you for Munnabhai, PK and 3 Idiots. Why this Kolaveri Di?

Aamir Khan sacrificed his Midas touch for a few pieces of gold and created the biggest robbery against himself and his values in Thugs of Hindustan. I will not criticise Race 3 because I did not expect anything from it. SRK’s Zero proved that Khans need to move to new pastures and reinvent the game once again.

You read a lot about the new age movies and the fall of big names. What do numbers say? Sanju made 350 crores, Padmaavat made 300 crores, Thugs made 150 crores, Race 3 made 170 crores. Wow!

The future is bright for Bollywood as the rise of content-driven new cinema continues with fresh talent. The hegemony of the camps and star-power has been shaken. The audience have clearly voted with their feet and the commercial Bollywood is smart enough to smell the coffee.

And as a Cinephile with interest crossing Silicon Valley and Cinema, I welcome the newest Bollywood fan – Elon Musk. Apple is due for the investment in Indian Entertainment space. Will Elon and Apple surprise us? Elon has lots on his place while Apple will take its time. Can Indian marketplace create a global impact?

Happy New Year 2019! May your life and year be a blockbuster hit!