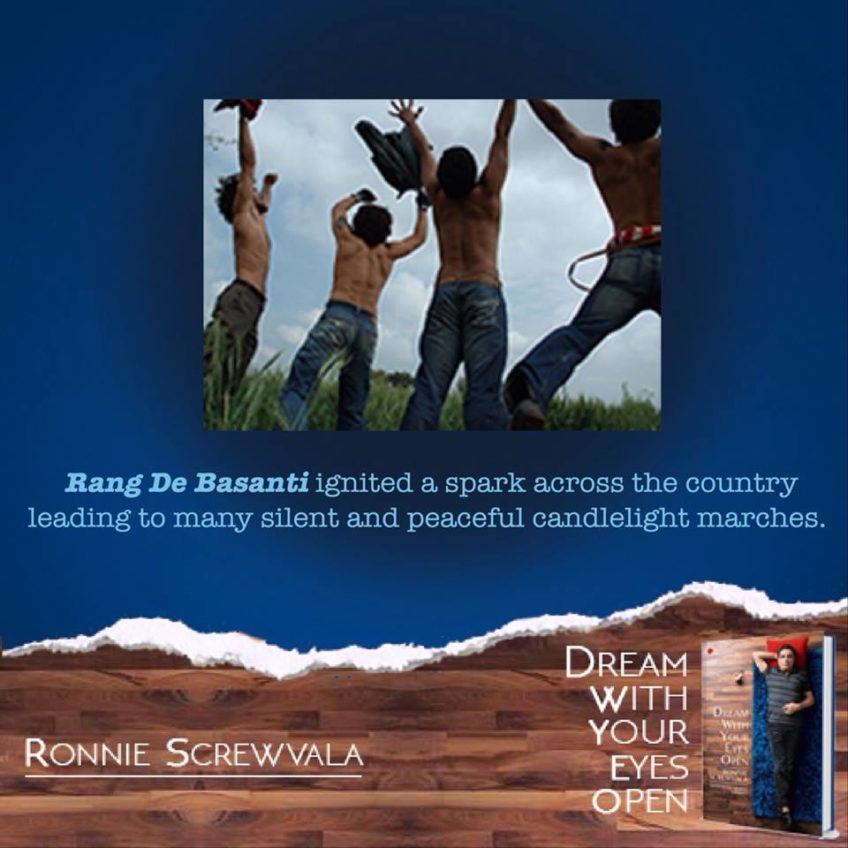 The Trio of Ronnie Screwala, Zarine Mehta and Deven Khote got my attention early in life. I was in school and Doordarshan was a staple diet. United Television came across as a different company – production, content and overall packaging. The logo of UTV was stuck in mind.

Since then UTV and Ronnie Screwvala and his team have continued to impress us. India’s first soap – Shanti was a big step at that time. It continued to grow in leaps and bound. In-flight entertainment business, post-production, IPO, broadcasting, VAS business etc. It ventured into the movie business via movie distribution and soon turned into production as well. I am sure each milestone had its share of challenges.

Everyone sees the success and the limelight. Especially in the glamour business. Ronnie’s UTV was sold to Disney – a watershed moment for Indian entertainment industry. It was a great and a heartening story – a company that its Indian entertainment brethren and camps did not take seriously initially was bought by one of the biggest and iconic entertainment companies in the world.

Ronnie has played an important role in India movie business. During the course of my doctoral thesis on the role of modern management in Indian Film Industry, I came across many exemplary practices of UTV. I have documented them and they are a part of my thesis.

Ronnie has recently penned his journey in his book – Dream With Your Eyes Open. Trust him to do the same with his book. Indian non-fiction does not get great attention. But Ronnie is trying a lot of things here as well. Check his list to redefine this space:

1. Great Marketing Campaign Around The Book – Unless You Are Lost In Hawaiian Vacation, Very People Will Miss The Book Launch
2. Ranbir Kapoor Launches The Book – A Perfect Launch
3. Testimonials From Captain Of Indian Industry & Disney
4. Testimonial From Narendra Modi
5. India’s First Television Ad For The Book
6. An Active Social Media Campaign, Website