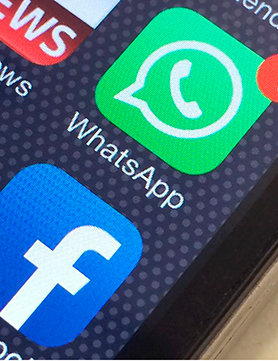 Facebook Buys WhatsApp for USD 19 Billion ! This has been one of ‘the’ topics to discuss in the last week. Even at the Mobile World Congress, it is a big topic. Two customers called me saying that let us work on billion dollar ideas. Social media, startup communities, VC board rooms, office conversations are all talking about this big deal. 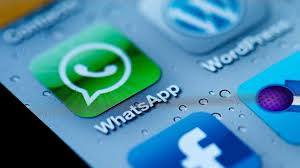 It is an important event. I had the following thoughts on the deal:

1. Mobile is the gateway to human interaction and life – we already know that. The deal re-affirms that.
2. WhatsApp had overtaken Facebook as the most addictive mobile app. Whether I am in London, Barcelona, Bombay or any village in India, WhatsApp is the app people are hooked to – the first morning ritual, the last evening habit, the multiple updates throughout the day. The first people check after a flight lands is WhatsApp! The CEO’s executive assistant shares important files through WhatsApp. Domestic help reviews the stationery/vegetable choices. Taxi Driver at an airport pickup can identify his customer. In short, WhatsApp was the app that mattered a lot to people in their daily lives. Hence it mattered a lot to FaceBook to claim its mobile leadership. “No one in the history of the world has ever done something like this,” Facebook Chief Executive rightly Mark Zuckerberg said that.
3. WhatsApp is a hit with youth. And youth are at the centre of mobile revolution.
4. WhatsApp is big in many emerging markets and it helps to grow and consolidate Facebook in these markets. WhatsApp is adding 1 million users a day.
5. The acquisition is a costly one. USD 19 Billion. Facebook is paying through ample amount of stock and that hurts less as anyone who knows the stock maths. Also, compare price versus importance of WhatsApp as seen in Point 2. Also, the per user price is reasonable as compared to Facebook’s purchase of Instagram or Google’s purchase of Youtube.
6. Facebook may have also feared that WhatsApp could have been sold to another giant – Google, Yahoo, Microsoft. Competitor fears are real !
7. People may also feel that Facebook is running out of ideas and is desperate. I think Facebook is being bold and courageous. I am sure they may have lot of ideas being cooked but they have not shied away from open market purchases to defend the mobile leadership.
8. The challenge for Facebook is to ensure returns on the deal within next 12-18 months. Consumer taste is fickle. WhatsApp may give way to something more exciting. Hence Facebook will have to use the users and the time to continue to excite the consumers with new offerings.
9. WhatsApp, Instagram show the power of simple ideas executed well. It shows the power of focus. It shows that small teams can win big! The valuation of WhatsApp is bigger than outsourcing giants like InfoSys, Wipro etc.
10. Funnily, Blackberry had WhatsApp in it with BBM ! Had it been agile and moved it to cross platform and added features – it would have been different story. Today Blackberry’s worth is less than WhatsApp sales price.
11. The deal is great news for entrepreneurs and idea bulbs. It shows that sky is the limit for the right idea. It will encourages thousands of people to create the next big WhatsApp. That is wonderful !

Facebook Purchase of WhatsApp is definitely an important milestone !