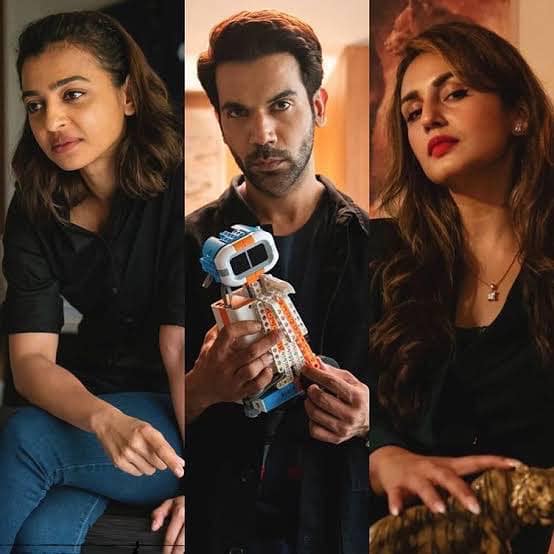 A taut pop culture rich thriller with unapologetic eccentric characters! A social climber has it all – great job, beautiful fiancé and a bright future – till things go south! A femme fatale secretary and a kick-ass police officer create a mad energy of its own! And there are murders along the way!

Huma Qureshi & Radhika Apte have a blast in the intriguing murder mystery! Huma Quereshi is a riot. Radhika Apte is completely sassy. Lovely to see them enjoying in their well-written characters. Rajukumar Rao does a great job but he has been there, done that. A great ensemble cast.

The music is terrific and adds to the quirky fun. Songs like ‘ Yeh Ek Zindagi’, ‘Love you so much that I want to kill you’ ‘Bye Bye Adios’ etc are a character in itself!