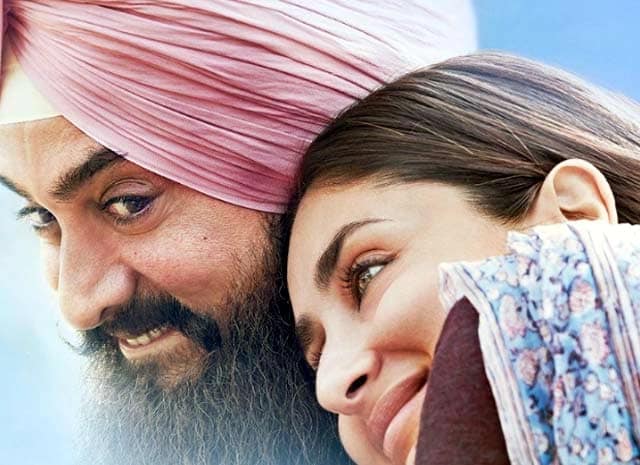 If there is one person who can put cinematic excellence above commercial interests, pursue the creative vision relentlessly and surpass the self-fuelled expectations, it is Aamir Khan! He has a Midas Touch and beautifully ignores the social media trolling machinery. The decision to remake Forrest Gump in Indian context was a courageous bet and an open invitation to eternal comparisons – but Aamir Khan is known to take the bulls by horn. Alas, Laal Singh Chaddha fails and Aamir Khan makes him fail – ironic!

Aamir Khan is a known perfectionist but he comes across more caricaturish than innocent, likeable and charming Laal. The movie is all about Aamir Khan and Laal oversimplifies. Kareena shines in a meatier role with shades of Geet and Mahi. Mona Singh, Manav Vij and Naga Chaitanya provide excellent support. Manav Vij and Laal Singh track is very interesting and easily the home of movie’s wisdom.

The music and cinematography are awesome. ‘Phir Na Aisi Raat Aayegi’ song is a class act – soulful rendition by Arijit that describes the pain of unrequited love! Tur Kalleyan, Kahani are other nice songs.

The screenplay is totally loyal to the original screenplay. There was an excellent opportunity to be imaginative – but the movie does not explore any difficult terrain or offer anything new.

The India and world of 2022 is so much different from 1994 – more complex, highly political and less tolerant. The cinema audience and their sensibilities have changed as well – spoilt by OTT platforms, best of World and South Indian cinema and all graduating from Whatsapp University. The choice of remaking Forrest Gump should be seen in this context.