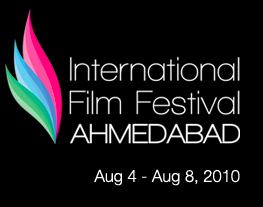 Cinema is an integral part of our lives. Apart from enjoying movies with our dear ones over Popcorn Tubs, we learn, understand ourselves and cherish values. Cinema is our passport to the great culture, principles and living of our brethren across the globe. Cinema is a unifier. It is a celebration of human endeavor and spirit.

One of the things I missed the most in Ahmedabad was world-class cinema and special screenings of foreign movies. I had to feed my hunger for quality cinema through DVDs. But my dear friend Shiladitya Bora was a beacon of hope for discerning movie fanatics in Ahmedabad. He clubbed his passion with organizational expertise and brought the First Short Films Festival, International Film Festival and the weekly movie screening through Sunset Boulevard. Of course, there will be a movie on the struggles and times of Shila to make this Film Festival and Film Culture a reality !

Check The Video Report on the last year’s festival: