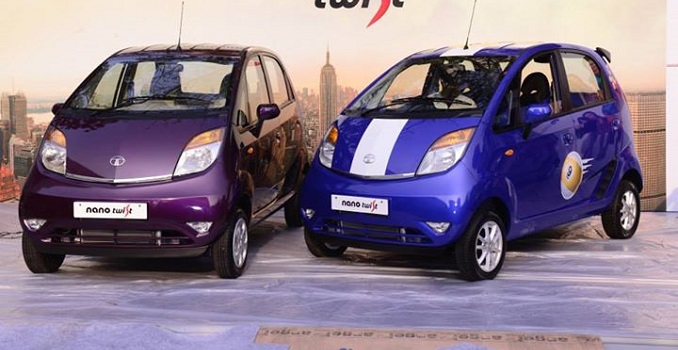 Tata Nano was launched yesterday at Auto Expo in New Delhi. The USD 2500 car is the world cheapest car and positioned as “People’s car”. Tata Motors, the company behind Tata Nano is planning to complete it portfolio by snapping Ford’s Jaguar and Land Rover, the iconic brands.

A few thoughts for Tata Nano:

1. Tata Motor’s Nano launch is an important day for Indian Enterprise and Indian Auto Makers. It is a day no less important than Diwali, Eid and Christmas for visionaries. It is a day of celebration of Indian spirit, fulfilling a dream and changing the dynamics of Auto market. Cheers to Ratan Tata and his team.

2. The real surprise is that instead of celebrating, we are maligning Ratan Tata and Tata Nano. Never before in the history of Indian passenger cars, such a coordinated and high-pitch attack seen on a particular company. Anti-globalization, anti-industralization, environmentalists and media-savvy NGOs have been cooperating with politicians – a rare first. People did not criticize when Suzuki or Hyundai or Skoda.

3. Tata Nano has been criticized for pollution, clogging of roads, consumerism etc. But where was this criticism when all other car launches have been happening since years. Why target Tata alone?

Tata Nano is compliant will all the regulations of the land. Its safety levels are higher. It is Euro 4 compliant. And let us be aware that Autos, Taxis and other vehicles running on adulterated fuel pollute the environment more.

5. Enam Securities’ Vallabh Bhansali recently said that Indians are succeeding all over the world, not India. And world is acknowledging achievements of India, not Indians. With each passing day, I am admire Vallabh Bhansali’s wise observation and see how true it is. I also recollect Indian Crab theory. Tata‘s will succeed all over the world as they are planning to expand their empire outside India. They have Jaguar and Rover now. We Indians will lose in form of jobs and multiplier industries – which will be the real loss. And that too when we have got Manmohan Singh and Chidambaram on our national scene.

6. How are competitors reacting? Maruti is acting like a loser and a passive player today. Hyundai is approaching wait and watch policy. Volvo MD and other foreign MDs have stated this as an important step of emerging countries and India.

7. Finally, Mr R K Pachauri. We celebrated your win. We think today was another day for our Indian victory. I hope your opinion will change.

2. Nano is Beautiful by Gautam Chikermane in Indian Express