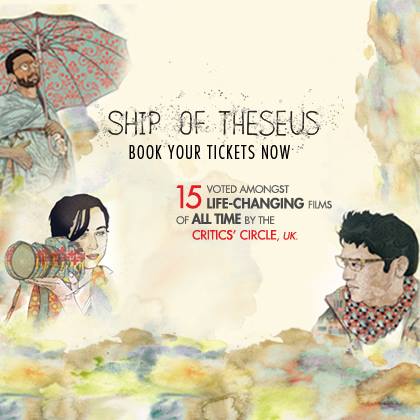 The 61st National Film Awards were announced. It shows a worthy list of well-deserved winners.

Ship Of Theseus indeed is a great choice of the best feature film. I had written about it earlier in the two blogs as well:
Ship Of Theseus – The Finest Indian Movie !
Bollywood’s Top Movies 2013

Shahid got the well deserved awards for Rajkumar Rao and Hansal Mehta. So happy for Hansal !

Bhaag Milkha Bhaag was indeed a popular entertainer across the stream.

Another highlight was the sheer number of awards for Marathi films. The golden days of Marathi cinema continue !