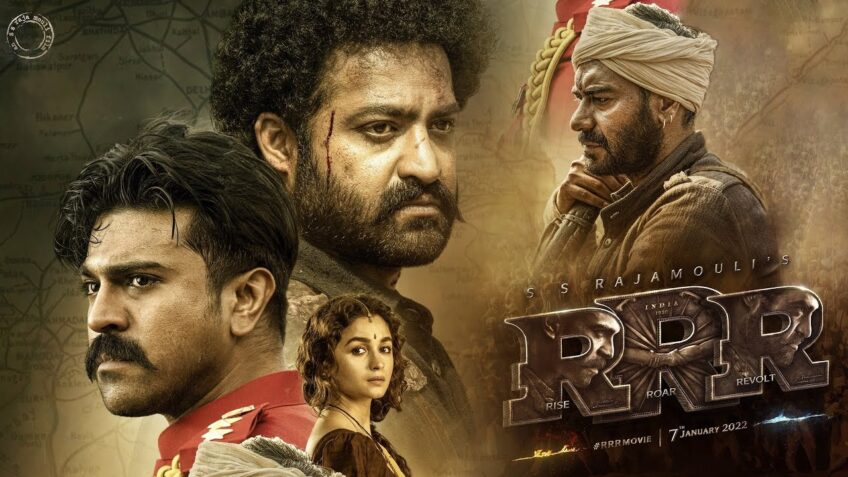 A story of two revolutionaries – Fire Raju and Water Bheem – who take on the might of British empire. Bheem is on a mission to rescue a little girl that is forcefully taken away by a British Lord Scott and his cruel wife. Raju is a a loyal officer whose assignment is to stop and arrest Bheem. Rajamouli weaves the magic and melodrama as ‘friends turn foe turn friends’.

The Fire & Water elements are presented in a compelling fashion. The camaraderie is authentic. Watch-out for spell-bounding drama – the unleashing of animals, the bridge scene, Raju’s capture of a freedom fighter etc. ‘Naacho Naacho’ song deserves a special credit.

The film is not without its flaws. The film drags in the second half and story does not hold firmly. The emotional depth is missing. Ajay Devgan & Alia Bhatt ensure Bollywood diversity in their cameos.

Despite its length and loopholes, RRR’s magic works like a charm. The film is technically perfect with awesome production values and world-class Hollywood matching VFX.

RRR – Load, Aim & Shoot! Watch it on the big screen only!