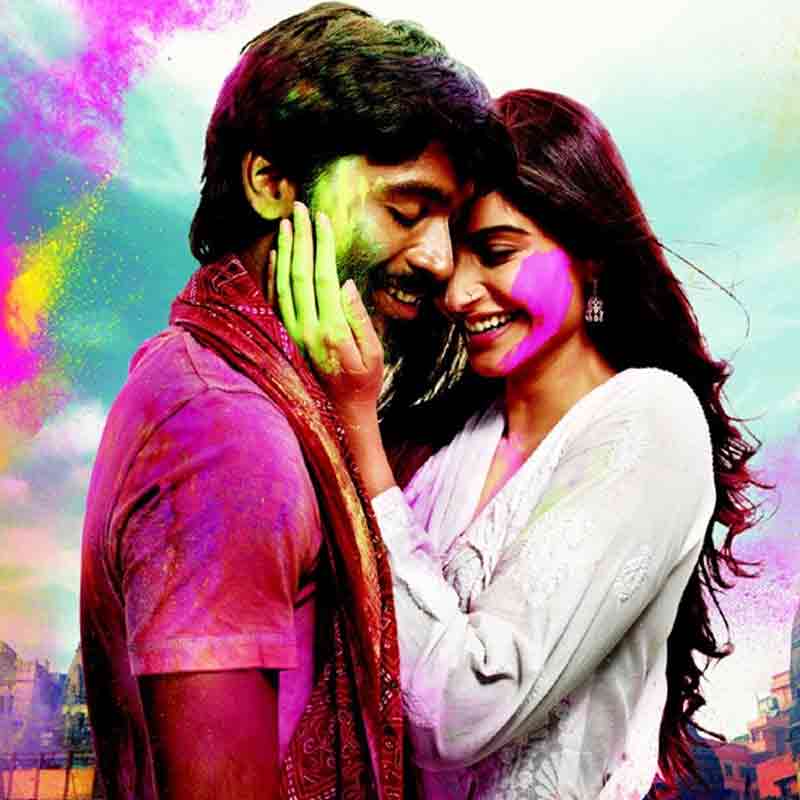 Love is in the Bollywood air ! After Aashiqui 2 and Yeh Jawaani Hai Deewani, Raanjhanaa brings a different love story with a twist.

Aanand Rai’s Tanu Weds Manu was an impressive outing. I was looking forward to Raanjhanaa and A R Rahman’s music. I was very curious to see Dhanush – can he pull off a full fledged Bollywood movie based in Benares? I was pleasantly surprised. Raanjhanaa is one of the best movies of 2013 inspite its melodramatic second half.

Raanjhanaa is an epic love story where a passionate lover meets innocent beauty. The boy is an ardent devotee of his love while the girl is at her casual best. The first half keeps us hooked with engaging plot, great acting, nice music and beautifully captured Benares (different from traditional images we see on TV). Dialogues are earthy, witty and impeccably placed. Consider this one : Pyaar na hua, UPSC ka imtihan ho gaya. Dus saal se paas hi nahi ho raha.

The movie gets diluted in the second half due to the political plot and confused direction. If Raanjhaana had continued its first half tone, it could have been better. I know Rai had a great challenge for second half, but the current chosen second half’s melodrama diluted the impact.

A R Rahman is wonderful – each song is a beauty. Whether it is Tum Tak or Title Song or Tu Mun Shudi – Rahman take forward the Rockstar form and balances it with Benares times. Abhay Deol is his usual self and is rooted in his character. Swara Bhaskar is a strong and a real emerging talent. She had excelled in Rai’s earlier outing Tanu Weds Manu as well. Sonam Kapoor is at her best in the movie. She really transforms her throughout out the movie and this can be considered her strongest performance to the date. But the real winner is Dhanush. Dhanush wins you over with his passion and persistence. You really root for him. You want him. Every slap of Sonam brings you closer to Dhanush.

Dhanush rules the screen. He owns the movie. Though he received 1/3rd of Abhay Deol’s compensation, he hits the ultimate jackpot. He proved that Kolaveri Di is not his only claim to fame. He has the talent. Can he break the South Jinx? Can he surprise us again ? We are waiting !

The new Bollywood is a great place. Again and again it is proving that what really matters is talent and hard work. When they shine, looks really take a back seat. Irfan. Nawazuddin. Dhanush. It is exciting phase for Bollywood.