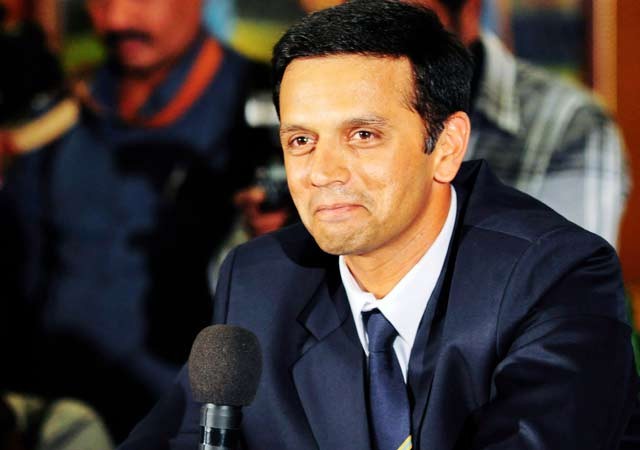 Rahul was an inspirational leader more than a cricketer. Legends, corporate chieftains and fans across the world have showered accolades and choicest adjectives on him. He has demonstrated some extraordinary leadership principles by example:
– Courage
– Dedication
– Sincerity
– Team First
– Passion
– Hunger For Victory
– Learning Attitude
– Perseverance
– Respect for All
– Greatest Work Ethic
– True Professional
– Grace Under Fire
– Mr Dependable
– Dignified
– Leader
– Selfless

Time and again he rescued his team from miserable conditions. And he was clinical about his job. He never showed the pressure. He frustrated opposition by his sheer dedication to job and application of mind – and opposition like Allan Donald ! He has better average abroad than at home – something that is rarity in Indian cricket.

As a leader, he had the perfect balance between leading from the front and motivating the fellow-men to excel ! He was never flamboyant but he was always an integral part of the winning cause.

Rahul Dravid, like his perfect timing of cricketing shots, retired at the right time. Though he has retired from the cricketing field, his intelligent understanding of the game and spirit of sports is to exploited further. I think his best contribution to India lies ahead. He can give great lessons to Indian corporates as well as Indian sports.

In Harsha Bhogle’s wonderful book ‘The Winning Way’, Rahul mentions that team is like a pot. Some give to the pot. Some take from the pot. Rahul has always given more than what he has taken. And thus has enriched Indian cricket.

His batting was beautiful – He batted like God said one legend of him. His mind was even more beautiful.

He was the finest cricketer. But he is an extraordinarily great human being. And that is the biggest and the most important achievement !

Rahul – We will miss you on the field ! Congratulations on an extraordinary career – your best lies ahead !