Nordic Noir is definitely a ‘Tour De Force’ and a genre to reckon with! It is exotic, visually stunning and very refreshing content.

Nordic Noir is the popular term for the Scandinavian / North European crime fiction. It has certain common characteristics – gripping reality, thrilling plots, memorable characters, morally complex themes, dark mood and overall strong impact. People love the distinct and appealing style – often bereft of unnecessary words and actions. It is simple and realistic in its own way. Most popular are the protagonists – often detectives who have own issues and real people and definitely not superheroes.

My own initiation to the cult happened, ironically, via Hollywood. I was fascinated by “The Girl With Dragon Tattoo”. It was long time since Fountainhead that something completely swept me – I researched and watched the original Swedish Series. It took one night to watch all the three movies and after this moviethon, I was hooked to Nordic Noir.

“The Girl With Dragon Tattoo” remains the flagship Nordic Noir movie and it led to the rise of Nordic Noir cult. The movie and its sequel by Stieg Larsson are gripping tales of covering up dark secrets. The Millennium Triology consists of The Girl with the Dragon Tattoo, The Girl Who Played with Fire and The Girl Who Kicked the Hornet’s Nest. The protagonist is Lisbeth Salander – anti-social, technically slick and brilliant character. The original adaption of the international best-selling novels were telecast on Swedish Television. Based on the mind-blowing success, it was converted to Swedish Movies. The English version of the first part of the trilogy included Noomi Rapace and Daniel Craig. It was also a runaway success. (Only Dan Brown has outsold Stieg Larsson in the past decade). There was only one criticism against Larsson regarding the portrayal of sex but it was part of the plot. However, the other Nordic Noir movies continued to enjoy the success without being controversial.

Some of the top Nordic Noir movies include:
The Millennium Triology
Insomnia
Headhunters
The Hypnotist
The Keeper Of Lost Causes
Pioneer
ID:A
The Hunters
The False Trail
The Hunt
The Accused
The Hour Of The Lynx
Easy Money Triology
The Pusher Triology
In Order Of Disappearance
Detective Kurt Wallander Movie Series – Faceless Killer, The Fifth Woman, The Man Who Smiled etc.

The Brits fell to the charm of Nordic Noir when The Bridge and Borgen swept the British TV Landscape. Nordic Noir was a different canvas and a different shade to the usual fare. Brits responded to the growing popularity of Nordic Noir with their own creative response – adapt the style ! It resulted in works like The Killing and The Tunnel and recently The Fortitude.

The Killing has been one of the most adored British shows! The show, the protagonist Sarah Lund (Sophie Grabol) and her sweater have swept entire Europe. The Bridge is another thriller about the cross-cultural conflict between the Danish and Swedish police forces who must work together to stop a maniacal killer who poses a woman’s body on a bridge between the two countries.

Nordic Noir has truly created a special genre of its own. Now Nordic Noir style movie originate from Belgium, Spain and even France ! Like Iranian movies and Far Eastern horror stories, it has created a new audience.

The ironic thing to note is that Nordic Noir and its themes come from the most advanced, social and happy countries of the world ! 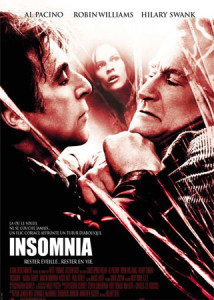 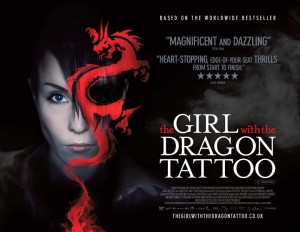