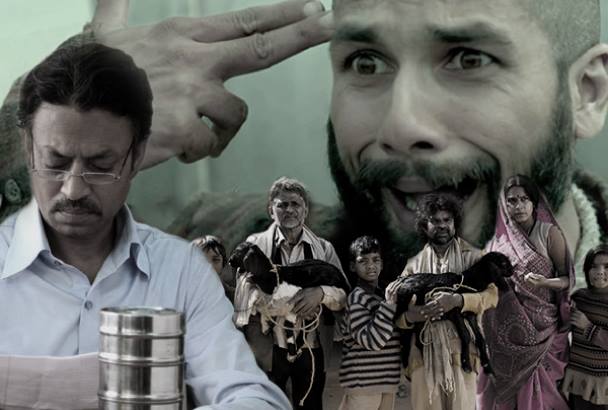 Dr. Ashvin has been a fan of ‘The Ship Of Theseus” and he creatively and aptly presented the “Ship Of Indian Cinema”. There are different parts to the Superstructure Ship:
– Post 1947 Art Films of Satyajit Ray, Ritwik Ghatak, Bimal Roy
– The Parallel & Popular Cinema of 1960s
– The Parallel Cinema of 1970s-80s – The Cinema of Shyam Benegal, Mani Kaul, Gulzar etc.
– The Hinglish Cinema of 1990s-2000s
– The Regional Cinema
– The 1990s Rupture – Bollywood Beyond Liberalization
– The New Indies – Post 2010

According to him, the new Indies in India has been “inspired” by these various parts like Parallel / Art cinema movement, Regional Cinema and World Cinema in ample proportions. Thus it can be compared to a mutant hybrid ninja. It is very Glocal – Global in ambition and and local in content and cultural nuances.

The new Indies are more ambitious than the earlier parallel cinema movies. They seek wider audience, open to alternative source of funding and address the ‘state of the nation’. They liberally experiment with language, technology and narrative. The Indies seek creative funding and are open for new channels of distribution. Q showed the movie on Internet only. Film Festivals and Online are some of the preferred avenues for distribution. Indies are open for crowdfunding and cross-country deals. In fact, the collaboration with foreign entities goes beyond the funding requirement.

The session also raised important questions about the Censorship. The Audience was treated to the wonderful clips from movies like The Lunchbox, Peepli Live, Gandu and The Ship of Theseus. These clips were enhanced by Ashwin’s wonderful perspectives and socio-economic inferences.

The season concluded rather early and we were still waiting for more from Dr. Ashvin. The event concluded with wonderful interactions with Dr. Aswhin, Farrukh Dhody Saheb and Nasreen Munni Kabir. The even was chaired by none other than Professor Rosie Thomas, Director of CREAM: Centre for Research and Education in Arts and Media, University of Westminster. Rosie Thomas is a renowned expert and pioneer in academic study of Indian Cinema. 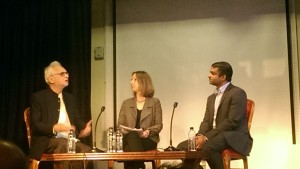