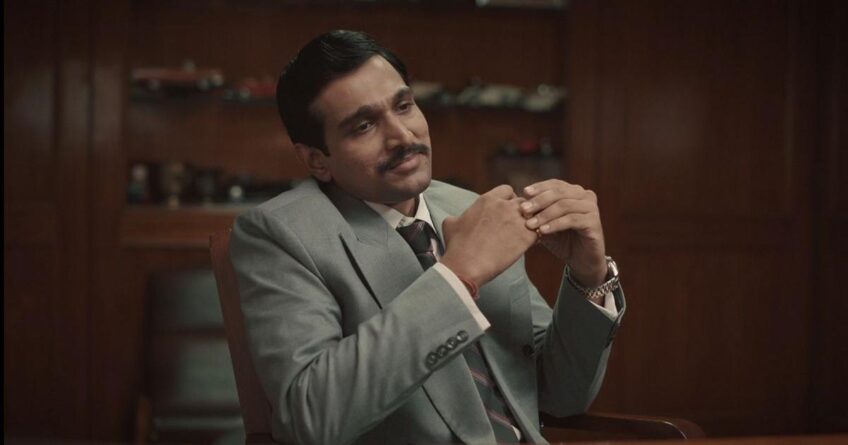 The versatile and classy director of Aligarh and Citylights, Hansal Mehta, presents the riveting tale of Harshad Mehta – once celebrated aas the ‘Big Bull’ of Indian stock markets. The 10 episode series is presented from former Times Of India journalist Sucheta Dala’s perspective and is based on her book Scam.

Harshad Mehta’s rise from an outsider to ‘BSE Ka Bachchan’& ‘Big Bull’ is shown amazingly well. It showcases how Harshad Mehta found loopholes in the Indian stock market and exploited them for his benefit. It also depicts the unholy nexus between banks, financial institutions, government officials and Godmen. Many names are clearly targeted – Chandraswami, Prime Minister Rao, Citibank etc. One can also see the early days of Ketan Parekh and Rakesh Jhunjhunwala in the series.

Sucheta Dalal and Debashis Basu get a tip on the wrong-doings of Mehta and gang and they pursue it to relentlessly.

Loved the old warm charm of Bombay – 80s and 90s! Writer and Director do a good balancing act – Scam 1992 does not end as adulatory Hagiography nor it is a witch-hunt. The series could have done with better editing. The songs in the credits are wonderful. Mat Kar Maya Ka Ahankar is the beautiful end song to wrap the series…….Awesome!