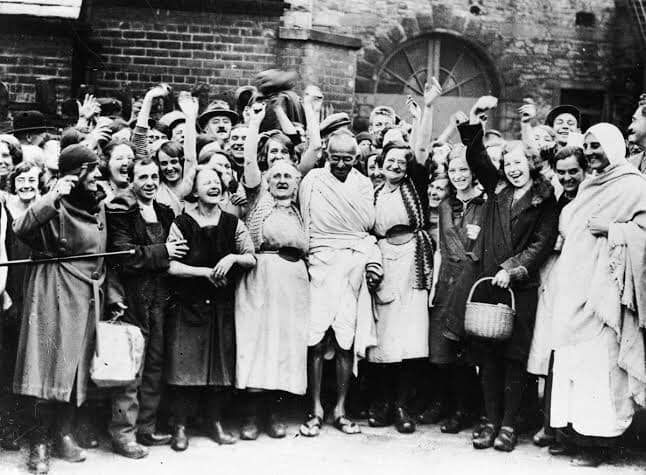 Gandhi was no emperor, not a military general, not a president nor a prime minister. He was neither pacifist nor a cult guru. Who was Gandhi ? If anything, Mohandas K. Gandhi was a constant experimenter. Mahatma gave us the freedom by revolutionary concept of non-violence, non-cooperation and satyagraha. He was the best communicator known to us. He won the hearts of people even in a new nation like South Africa.

During my Gandhi sessions, I reiterate that he was the best example of servant leadership. He was equally terrific example of authentic and situational leadership. Beyond his politics and philosophy, he was a linguist and health expert. I am glad that Gujaratilexicon has played a small part in digitising his dictionary. His ideas on women empowerment, village economy, self-reliance,  untouchability and health are timeless.

Majority of Indians have not understood Gandhi and we label him as a bygone phenomenon. But I feel he is more relevant today than ever before.

Gandhi is in us. Let’s rediscover him.

I get hope from T S Eliot’s lines:

We shall not cease from exploration

And the end of all our exploring

Will be to arrive where we started

And know the place for the first time.

Image: My favourite anecdote of Gandhi’s visit to Lancashire mills….

Modern Love 2: Love is the only answer! Love is al

Retrouvaille - The joy of meeting someone after a

A Common Sight As We Celebrate The Independence Da

Live2Give Nothing More Special Than Touching The


Error: API requests are being delayed for this account. New posts will not be retrieved.