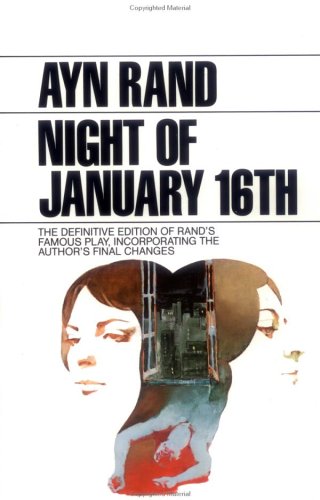 Night of January 16th is a murder mystery where audience plays the Jury.

Night of January 16th is actually a play and is inspired by the death of the “Match King”, Ivar Kreuger. It takes place entirely in a court room and is centered on a murder trial. The most interesting part is that the play was designed to let audience decide the outcome of the trial. Thus the ending of the play is not certain. It depends on the audience (reader) and their perceptions and thinking and their ideals.

The members of the audience are picked to take on the role of jury members in each act. The play does not directly portray the events; instead the “jury” must rely on character testimony and vote on whether the “defendant” is guilty or not guilty. The play has different endings depending on the verdict. Ayn Rand’s own verdict was “not guilty”.

Another Amazing Work by Ayn Rand !