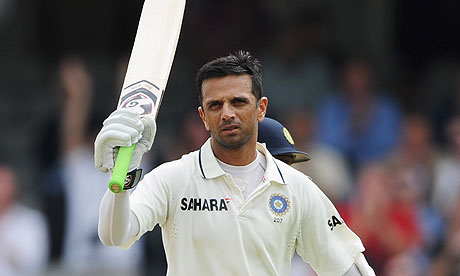 Rahul Dravid is an leader who walks the talk. He is a leader who is grounded, humble, sincere, achiever and team-player. He has taken a stand on the current cricket controversy – he speaks his mind and he is fearless. We know many ex-cricketers who just sit back and enjoy perks from BCCI. He has chosen to show the mirror. Great Act !

Here is a Quick Edit which appeared on Mint. Worth repeating !

Rahul Dravid has always been a class act, both on the field and off it. It is thus good to see him remind cricket administrators, in an interview, that the success of the game rides on the loyalty of the fans. He had made a similar point in his wonderful Sir Donald Bradman Oration in 2011.

Indian cricket is facing a credibility crisis, with administrative turf wars, betting controversies and conflicts of interest. The situation was similar in the mid-1990s. Dravid was one of a generation of cricketers who not only came together in a formidable combination on field, but also brought credibility to the game with their exemplary behaviour. The others were Sachin Tendulkar, Saurav Ganguly, V.V.S. Laxman and Anil Kumble.

Dravid makes a point that has far broader relevance: Politicians owe their jobs to voters, CEOs to shareholders, bureaucrats to citizens, journalists to readers.